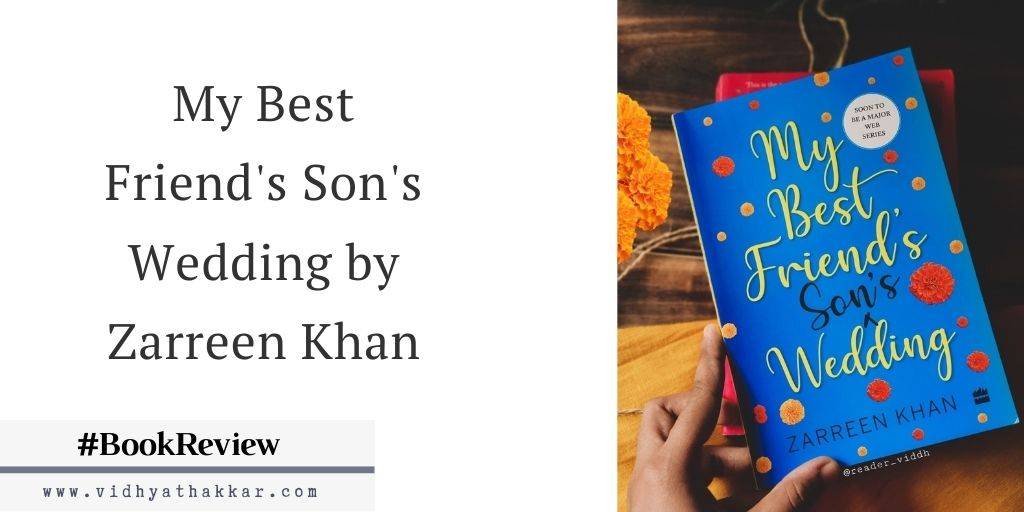 It’s a light read filled with drama and fun that you can pick up on the weekend.
A book with an interesting storyline that will make you laugh till the end.

It’s another fun and filmy story just like her first book. I was excited to read this one after reading koi good news and I loved it.

A family saga, full of drama that will make you smile throughout. It’s a story of Minty who’s son proposed his girlfriend just before Minty was proposed by Puneet Bhalla. From switching gears from the bride-to-be to mother-in-law-to-be, Minty seeks help from her best friend Kittu. Kittu aka Kriti, who knows Minty the best tries to help her out.
What will happen next? Will Minty marry the one whom Kittu doesn’t like? How will she make her son understand things? A proper Bollywood story about family, friends and not one but two big fat Indian Weddings. Not to forget Miss Muffet who made their lives more tougher.

Honestly, I loved everything about the book. From an interesting plot to an engaging narration, I loved it all. I loved the way the author expressed varied emotions. The bond between two friends, family bond, relationships, everything is wonderfully explained. It’s a smooth-paced story filled with drama and dialogues keeping the reader engaged throughout.
The well-developed character characters make this book more interesting. I liked Kittu’s character the most. The simple and witty writing style of the author makes it more intriguing.

It’s a light read filled with drama and fun that you can pick up on the weekend.
A book with an interesting storyline that will make you laugh till the end.

She may be in her forties, but things are really looking up for Minty Sood. A single mother of a twenty-two-year-old boy, she is the toast of Delhi’s social circles, has been at the receiving end of a series of very eligible proposals, and has even zeroed in on ‘the One’. Puneet Bhalla is suave, wealthy, and wants to marry Minty. So, of course she accepts! … Twenty-four hours before her son proposes to his girlfriend! Now Minty has to switch gears from bride-to-be to mother-in-law-to-be, which is awkward enough to begin with, but there’s also the intimidating mother of his son’s fiancee, a secret love affair and a crazy best friend to deal with. From the bestselling author of Koi Good News? comes a rib-tickling new novel about family, friends and not one but two big fat Indian weddings.