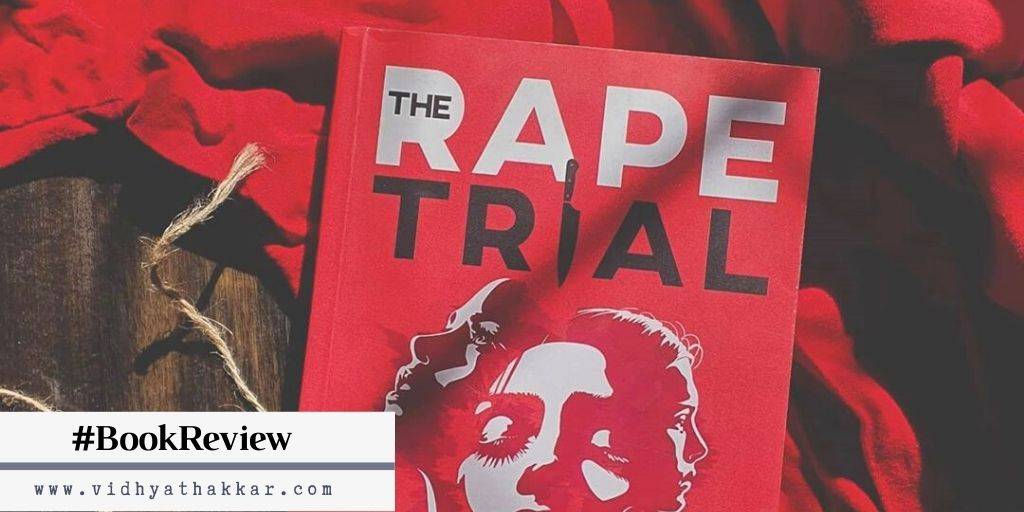 The pace is a bit slow in the initial chapters but later on, the book takes up the pace and makes it more interesting. The writing style of the author is simple and relatable.

The Rape trial by Bidisha Ghosal speaks about a reality that goes on in the world in the form of a fiction story. How the rapist who is the family members of Politicians or Actors or other bigger prominent members of the society are let go off as they pay money to the media and other people supporting the victim to keep silent. .
This story is about a Rapist Rahul Satyabhagi who had raped Avni Rambha 8 years back and had been declared innocent by the court because Avni Rambha and their family didn’t have enough evidence to prove also whichever they had were muted out since Rahul Satyabhagi had power in his hands.
Rhea, Hitiashi and Amruta are also the main protagonists of this story and they had been silenced down. What happens next? Will she get justice?.

I liked The storyline of the book.
The plot of the story is good and needs to be out in the society as to how a woman victim is always silenced because they aren’t powerful enough or the sole reason is that they are born as a woman in the society highly powered as male-dominated.

I liked the narration of the story. The way the author narrated the emotions is commendable.
The language of the author is pretty good and makes a reader appreciate the writing style and the narration. The pace is a bit slow in the initial chapters but later on, the book takes up the pace and makes it more interesting.
The writing style of the author is simple and relatable. The cover of the book is very apt as per the story that has been entwined within.
Overall, a wonderful book.

What do you do when the rapist is someone you know? What do you do when he has been found innocent in the eyes of the law? Rhea, Hitaishi and Amruta’s friendship has been cemented over a lifetime, but now they find themselves struggling to answer these questions together. Nearly a decade has passed since Rahul Satyabhagi, heir to the mega Satyabhagi business empire, had raped Avni Rambha, bested her in court, and gone on to become a men’s rights activist, and the who’s-who of Badrid Bay had breathed a sigh of relief that the sordid mess was over. But now a sting operation proves what many, the three friends included, had suspected all along – he’d been lying.

You Can Also Read : Rhythm of Remembrance by Samir Satam – Book Review

Furious that he has been exposed, Rahul plans to sue the media as well as his long-suffering victim. Now, Rhea, Hitaishi and Amruta find themselves at a crossroad – can they carry on doing nothing? DC Virendra Dixit was among those who’d believed that the Rambha rape case had been a ‘false allegation’, but now the sting tape brings him to a case that promises to be a turning point in his career. Just as he thinks he is nearing a resolution, he finds himself at a crossroad of his own. Rhea, Hitaishi and Amruta have carved out a path that has already affected DC Dixit’s, but do their paths cross? Who is the hunter, and who is the hunted? Can a story of hard questions and difficult choices have an easy resolution?

Book Review: Somebody that I used to know by Himani Desai

Vidhya has
read 32 books toward
her goal of
101 books.