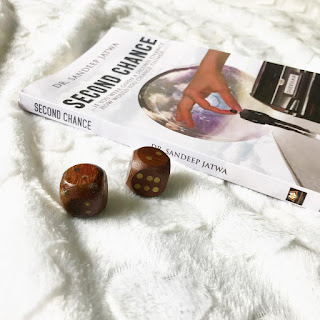 Shekhar Kapoor is a successful businessman who has never done a decent thing in his entire life. For him, it is all about what he can get and how fast he can get it. He goes through life cheating and insulting people, even after he receives a mysterious telephone call from what is called the City of Justice.
Ignoring the cryptic warnings, Shekhar continues to live his life as he pleases, until one day, shortly after insulting a beggar in the street, Shekhar crashes his car and is killed.
And it is only when he is standing before the Bookkeeper, and being shown where his life had gone wrong, that Shekhar finally understands what life is all about.
But is it too late for him? Can he be given another chance, undo all the wrongs he has done? Or is there a chance that Shekhar Kapoor can find redemption where there had previously been no hope?

If you do bad, you will go to hell. you know what happens in hell? they fry you in hot oil, they keep you between insects. This was what mom told when I was a child, to do nice things or else you’ll go to hell.

Shekhar Kapoor, a businessman who thinks money can do anything. He always demotivates poor people, never spoke to his father, disrespected people in his office and never helped anyone.The story starts with Shekhar getting phonecall giving him warning to change his behavior which he ignored. he never spared anyone. he insulted watchman for not having his cap proper to a senior most person in his office. All he wanted was Money, Reputation, and No. 1 Business. He received warning the second time which he again ignored and then the final warning which was ignored by him.
Finally, Karma happened and he met with an accident. He was dead for two minutes. In that two minutes, he went to the court of justice and witness Lord who gave punishments. When his turn came bookkeeper told about all bad things he did and God gave him punishment. He was given a second chance by God since his mother requested god. With given second chance he corrected all mistakes that he made and then lived a happy life with his dad and his wife.
The writing style of the book is simple. Something like this, this book is all about with a message, you’re rich not when you have money, but when you have good deads, Happiness, and Smiles in life. The story of Shekhar, how his life completely changed when he witnessed two minutes of death and journey to the court of Justice. Though there are certain parts which are ill-logical it creates total fantasy. However, the book holds curiosity after the second chance was given and it keeps an interesting track.
The book gives a feeling of how Chitragupt and Yumraaj decide whether a person will go to hell or heaven, what punishment will be given and all. Overall the message of Good Karma’s will always reward is conveyed beautifully.
The interesting beautiful story with some fantasy is a good read. This novel is like telling a story to a child to be good to others.

Author: Dr. Sandeep Jatwa
Publisher: Educreation Publishing
Ratings: 3.5/5
** I received a copy of the book from the author in exchange for an honest and unbiased review**
Get your Copy here.
Blog by Vidhya Thakkar

Book Review: Let’s Have Coffee by Parul A. Mittal

Book Review: Solitude and other Obsession