Sometimes the biggest victory lies in letting others win. 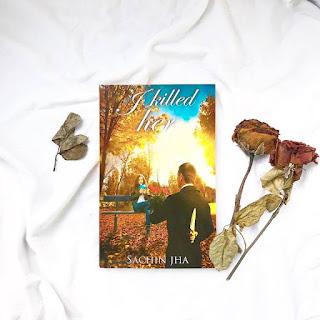 “I knew I had all the powers, I knew she was safe with me and I knew that I would be able to protect her but I didn’t know that I could kill her.” Sachin, a Bihari was in love for the first time with Riya from Delhi. Sachin was a passionate writer pursuing Engineering while Riya was almost on the verge of becoming a Teacher. There was a tangible chemistry and undeniable spark between two of them. Sachin wanted to achieve something really big from life and felt Riya to be a hurdle in fulfilling his dreams although he loved her a lot. He tried to get rid of her in every possible manner he can but couldn’t gather the courage to confess it directly. He even ended up saying a lie that he can never become a father but Riya was still ready to accept him. Being an inter caste love story and demand of dowry was another hurdle to their perfect love story of years. Grasped by the fear and unwilling to find any other way Sachin had to take this decision and he had no other option except doing this. I Killed her is the story of every couple and married who had been on the verge of being separated but they were brave enough to love again. She is no more but I am still without an answer that who killed her? I Society

‘I Killed Her’ is a sweet, interesting and about brutal truth that every girl face when it’s about dowry.
The story of Sachin and Riya who had different paths, different goals to achieve but love binds them together. It’s a story with a clean plot. The story starts with Sachin attending a wedding where he falls for Riya. Sachin- The scholar in academics, with so many achievements, was doing an engineering.
on the other hand, Riya who was going to appear for her 12th boards. As usual, Facebook connected them and long talks made them fall in love. Sachin wanted to be a successful person, that successful that his family needs to take the appointment to meet him, on the other hand, Riya wanted time, care and love.
The plot then suddenly shifts to his training in Bokaro. while breaks the link of story, There’s something missing there. Then it’s about intercaste marriage where Riya was ready to accept him the way he was, but Sachin felt she was becoming a hurdle in his success, more than that what his relatives will feel, society will feel was something he considered most. Asking for dowry was like a ritual in his family, though he was always against dowry he asked Riya for dowry. After knowing about dowry the plot gets interesting. He realized his mistake but he was too late then.
It’s a sweet story with lots of fun, romance, and love but there’s something missing in it. The sudden shift of plots breaks the link. You’ll find it interesting in starting but in middle it gets boring but then end takes the lead again. though end would have been more precise and complete. However, the story felt like an incomplete story but a simple language with proper characters and narration made it interesting.

You can Get your copy here.
** I received a copy of the book from the Author in exchange for an honest and unbiased review**

Once Upon A Curfew by Srishti Chaudhary – Book Review.

Watch Your Back ! – Simple Tips To Prevent Back Pain by Dr. Shantanu Sharma : Book Review