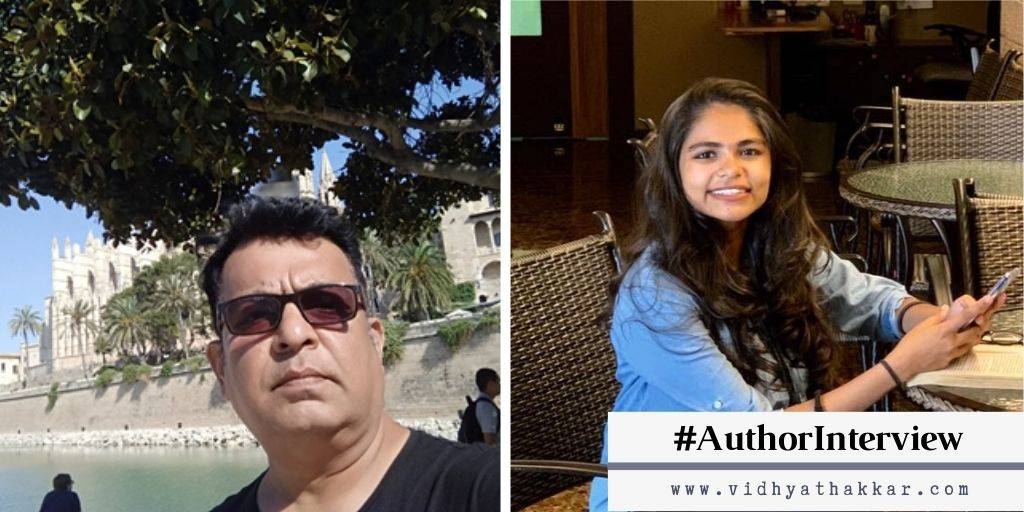 Shubhan Balvally is an Author of book Arihant. Associated with audio & visual mediums initially working with the Feature Film Industry and advertising agencies, Shubhan published The entire ARIHANT TRILOGY available on AMAZON KINDLE and is now working on the fourth book!

Check the review here
Get your copy here

Tell us about the idea behind the book?

Right from my teenage years, I was fascinated by Hollywood movies and especially the science fiction and adventure movies. I used to love directors like Steven Spielberg and James Cameron and how every time they used to come out with different stories and novel ideas which were also very entertaining. And I think somewhere deep in my mind an idea had manifested that if I write any story in the future, it should be very different and also entertaining.

I got the germ of an idea for ARIHANT somewhere in 2007/8 and when I narrated this idea to a colleague of mine, he was very kicked about it. And that’s when I actually started writing the book. And eventually ARIHANT – REVENGE PAR EXCELLENCE was born.

Your favourite part from the book?

My favourite part of the book is the turning point in the middle of the story where a dramatic twist in the plot would jolt the reader from his senses. Sorry, wouldn’t want to give any spoilers here by elaborating further!

How much time did it take in the process of writing?

As I mentioned before, I started way back around 2007/8 and then there were unusual long gaps in between as I got busy with work. When I revisited the story after many years, I actually had to update certain technical portions in the book.

What did the process of writing this book teach you?

It taught me a lot of things and the very first thing was PATIENCE. There were certain days when ideas used to flow out smoothly and then there were certain days where my brain just refused to think! So I never used to force myself to write because I knew that nothing good would come out. So I used to give time gaps and then start again. Yes. One has to be patient with oneself, if one has to come out with a very different and unique story.

The second thing this process taught me is to thoroughly research even the smallest of points before writing them or adding them to your story. And that way your story becomes more authentic. Another point which this process taught me is to read and re-read your draft many times before you approve it. Because a funny experience happened with me, is when I read and re-read a particular Chapter, I realised that, one particular Chapter was laden with Exclamation marks, for almost every sentence! That’s when I realised my mistake that when I tend to get excited when writing a particular chapter, I tend to end every sentence with an Exclamation Mark!! And obviously I corrected it later on. Also sometimes, when you are kicked about a particular idea and you want to quickly write it down before you forget it, you tend to ignore the grammar. So when you re-visit it again, you correct the same.

What inspired you to write this book?

As mentioned before, HOLLYWOOD movies with their unique storylines. And also my love for science fiction ideas.

5 books one must read in a lifetime

FOUNTAINHEAD and ATLAS SHRUGGED by AYN RAND. BLOODLINE and IF TOMORROW COMES by Sidney Sheldon and JURASSIC PARK by Michael Crichton. And I would like to add a 6th one. 20,000 LEAGUES UNDER THE SEA by Jules Verne.

A book that had an impact on you, which helped you in writing this one?

ATLAS SHRUGGED by AYN RAND had a tremendous impact on me. But I was inspired by James Cameron and Gale Ann Hurd’s story of THE TERMINATOR (1984) which inspired me to write ARIHANT-REVENGE PAR EXCELLENCE

Tell us about your publishing journey in 5 words.

NEVER GIVE UP YOUR PASSION.

Tell us about your plans? Planning a new book?

Currently, I am trying out a completely different genre from Science Fiction and that is MURDER MYSTERY. Agreed that MURDER MYSTERIES are ‘Dime a Dozen’ but the main subject of my Murder mystery is very different and very rarely written. And that’s what attracted me to write a fictional story based on that rarely written topic. I always strive to write stories that are very unique and different.

What is a literary success for you?

If maximum number of people love my stories, then that is the most important literary success for me. For me, there’s no greater satisfaction than this.

A message for all the readers.

Keep reading and never ever give up on your passion and dreams. Because that is the very first step towards your success.

Interview with Girish Dutt Shukla – Author of Maroon in a Sky of Blue.