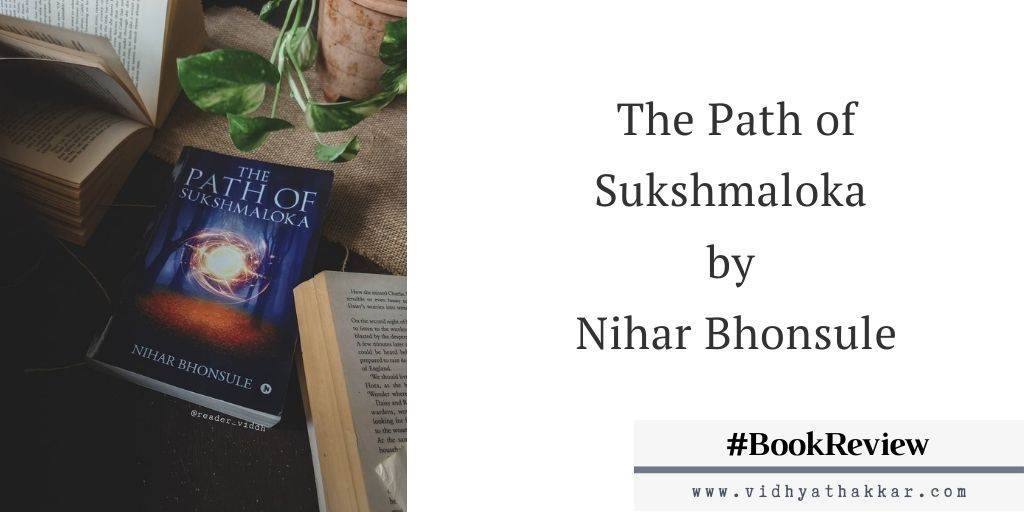 A book with an interesting storyline, a profoundly unique plot and a page-turning narrative, that you are going to fall in love with, especially if you love reading literary dark fantasy books.

Evil forces are everywhere! Existence itself has fallen prey to an imbalance!

When the Dharmayodhas use their boons to guard existence, Harshwardhana believes in the boons until he falls upon a sinister secret of the dark forces. !

With a blend of mythology and fantasy, the author takes the reader to another world and introduces us to it with baby steps. I loved the plot of the story. It’s exciting, filled with surprises.

The premise starts of in a dystopian Mumbai where a mysterious race of Rakshasas are devouring the city and its inhabitants, with two mystical heroes named ‘The Dust-Man’ and ‘Street Archer’ trying to fight them. The heroes are pursuit of an Alpha Rakshasa who is responsible for the menace, yet not much is revealed. The rest of the story then takes on a beautiful, disjoint narrative to help you put the story together like the pieces of a puzzle.

The story then moves to the distant past in 3102 BC, where India is facing destruction by a mystical cult of crocodile-men. This destruction is retorted to by a glorious sect of Mahabharata’s, unknown, ex-warriors who have been blessed with boons from an obscure, divine energy. Their leader, Guruji Harshwardhana feels that their boons are enough to defeat the dark forces, until he realises about an important missing object that is in their hands. What is that object?

( “What might be the secret?” asked Artha feeling confused. “I don’t know Artha” replied Harshwardhana in earnestness. “But I fear it is something that will set us back a long way”…)

The book then transits to the present where Prithvi Sen , a college-going boy is ill and he feels that his illness hasn’t revealed its truest nature yet. There are many questions that are making Prithvi curious and rub on to the reader as well.

“The voices began and now there was nothing but the voices. Prithvi went ballistic. His heart hammered madly as his mind begged ‘Not now, please not now’. But they grew loud and shrill”.

“There was a gnawing feeling inside his mind, suggesting him that there was perhaps more to his fits than anyone had imagined.”

Prithvi Sen’s story is intriguing, horrific and well-depicted. The narrative is closely from the lens of Prithvi. The elaborate descriptions and apt usage of vocabulary paint a vivid picture, making you feel like you are witnessing everything from the troubled mind of Prithvi Sen.

The plot gets into momentum as it nears the core, adding several unexpected twists to its stride, with Prithvi Sen’s confusion and crisis getting murkier.

“…I have nothing to do with this tornado’ yelled Prithvi. ‘You do’ hollered Ravi. ‘I have seen such dust-tornadoes before and you have too…”

I loved how creatively the author used Sanskrit words throughout the story. There are some magical concepts like Sthirbuddhi, and Maleentwama, with Sukshmaloka being a dimension that aids in astral communication, giving the book a cinematic appeal.

The book also packs in a lot of the realism and diverse perspective to the plot, with weather reports, newspaper articles, police reports and journal entries, which will remind you of some old classics in literature. While some readers may find it difficult to connect to the story in the first few chapters, some readers with a liking for disjoint narratives and character-building are in for a magical experience.

The characters are strong and well-developed. I personally enjoyed Prithvi’s journey the most. Gopal on the other hand, is a secondary protagonist and successfully does the job of giving the story an intricate sub lot, which also works as fine break from the central plot. Although, It’s a slightly heavy read in parts with too many details about the characters, which may slow down the pace for some of you.

Not to forget, the last few chapters pick up the tremendous pace with an astounding climax. I loved the chapter Re-Union the most as it is a harbinger of a new beginning.

Overall, it’s a book with an interesting storyline, a profoundly unique plot and a page-turning narrative, that you are going to fall in love with, especially if you love reading literary dark fantasy books.

Book Review: The Book of Chocolate Saints by Jeet Thayil

Book Review: An Anglo-Indian In Love by Tapan Ghosh