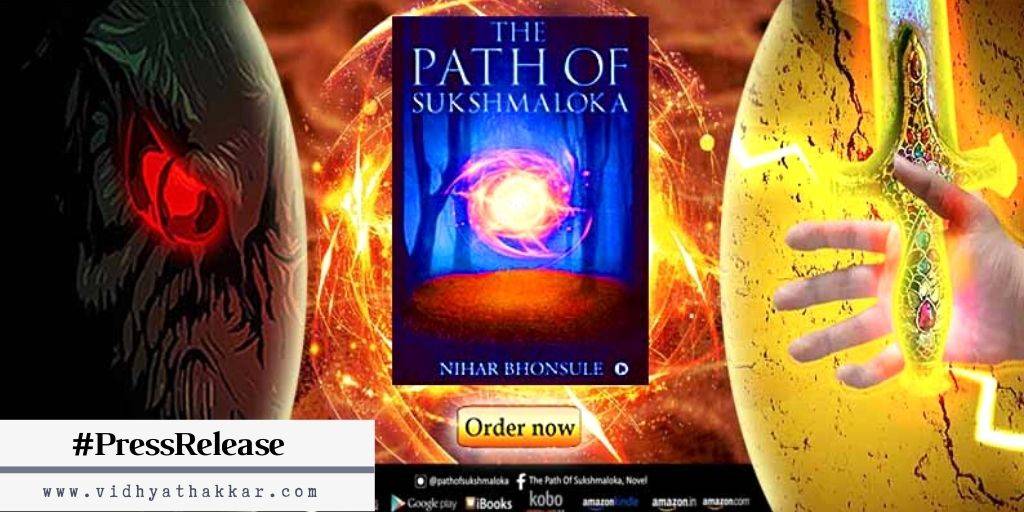 The Path of Sukshmaloka by Nihar Bhonsule, Published by Notion Press on 15th January 2021.

A peek into the book

Is a question Prithvi Sen has been pondering over his whole life. Seemingly, he is an ordinary 21 year old boy, facing the awkward phases of young adulthood. Nothing is really ‘ordinary’ with him except the fact that he lives a normal life with his father in the city of Mumbai. Prithvi is plagued by an uncanny disease that has eaten away his childhood years and given him abilities that he feels his life would be better off without.

He can hear things; strange voices, incantations and whispers of a million voices belonging to people he has never met before. He spends his life tackling the traumas associated with his disease, facing dejection and loneliness. This is all until, the symptoms of his disease start getting more intense and gives him visions of a strange dimension with a sage-like man trying to communicate something to him.

Prithvi finds himself torn between what’s real and what’s illusion. He begins to question his earthly existence as he slowly falls upon some sinister secrets. In his visions, he begins to see a grimy old castle with deformed reptilian creatures that pushes him deeper into his existential crisis.

Who is he? What is his real identity? Who are the strange creatures? And the most prominent of all…what is the cause behind his abnormal disease? Who will tell him?

Nihar Bhonsule lives in Mumbai. He enjoys reading various genres like horror, fantasy, crime and thriller. He has spent years of his life in coffee shops and libraries reading through the epic Mahabharata and decoding the various metaphors to discover the deeper philosophy and way of life embedded in the text. He finds contentment in the simplest things like laying in the warm sunlight on a cold day and experiencing petrichor of the initial monsoon. He is a fan of stories that use rich symbolism as a means to probe readers into deeper thought and reasoning.