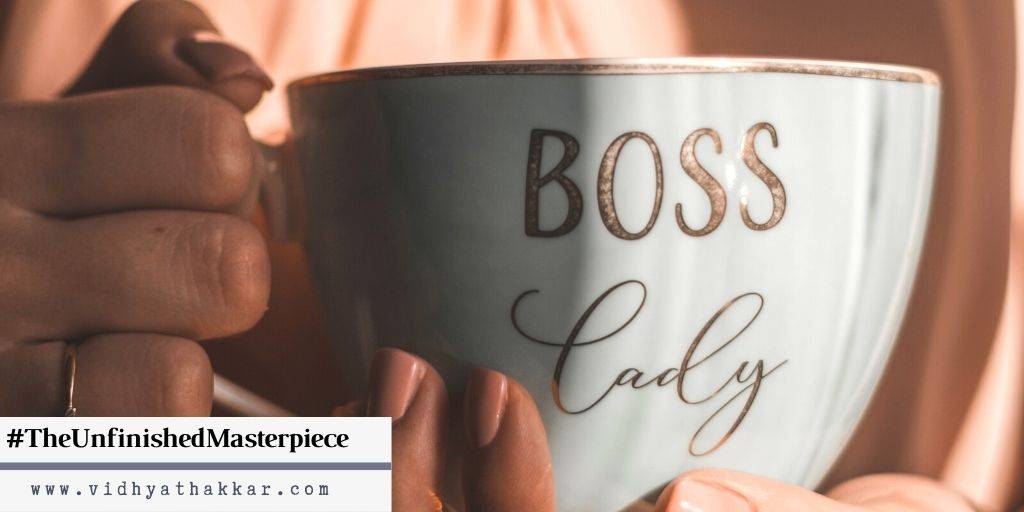 have strong opinions, stand strong, be heard. There are many things going around me and sometimes all I feel is it’s okay to raise our voice a lil louder to be heard.

Mom always says, sometimes we must settle things late, but peacefully. It effects more. But is it true? Aren’t there still many places when she is not asked, when her opinions are not considered.

Few days back, I had a different dream, that scenario is still on my mind.

In my dream, I landed up at a place, a family where there were some serious discussions going on. I observed the household , the people. They all seemed well educated and were discussing on some legal matter. I saw a boy, considering everyone’s opinion around him. Well, his elders opinion. There I saw his wife, serving them water curious to contribute to the discussion.

An hour passed and she was not included in the discussion. Though she knew the matter and had a strong suggestion which could save the family. But, ‘usse nahi samjega’, that’s what her inlaws said.

While all the elders said yes, to her husband for the matter. She came there, with an anger. Explained her point, why she feels it should be a NO. Made them understand their mistake if they said yes, and she could see the shock on everyone’s face, because no one thought the way she suggested which saved them.

Also Read – Down the Memory lane

When she finished, there was silence, she told her husband, it’s the first and the last time you didn’t include me or asked my opinion. It should not happen again later. I am too a part of this family and have all the right to speak up and give my opinions. If your son forgot, how come you didn’t ask him to include? They all felt sorry, they apologized her, but there was still anger in her eyes.

Her husband assured her it won’t happen again, and was sorry for his mistake. He made up his mistake with a promise and was sorry that he misunderstood her even after he knew what she is capable of.

And I got up. But this scenario had been on my mind since then.

One thing I truly understood, dear Sunshine, is to SPEAK UP! Raise a voice, be it against our loved ones.